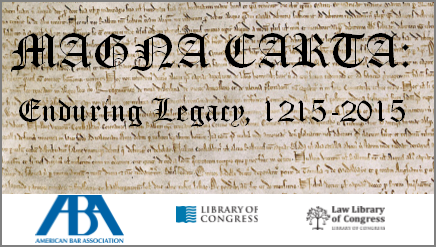 Consisting of a series of panels and an interpretive video, the exhibit featured images from the Library of Congress collections depicting the history of the Magna Carta as well as illustrating the impact and widespread influence that this charter of liberties has had on the development of modern constitutional democracies.

This series contains advertising materials for the exhibit authored by the American Bar Association and UNH School of Law.