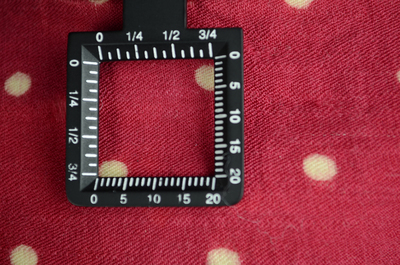 c. 1897, possibly in use as late as 1915. Toddler boy’s dress of wool challis with a red printed ground leaving white polka dots, buttoning in back, with long sleeves and a short, full skirt.

The practice of dressing all young children in skirts was still the norm when May Durham Kirtland and her husband James began their family in 1897. In a time of buttons, hooks, and ties it was practical for young boys to be dressed in skirts until they had become toilet trained and could manage their own clothing, usually around age three. This bright red dress, hand-sewn except for its buttonholes, was likely made by May herself for her first child, Arthur, who was born on January 29, 1897. He would have graduated from his long infant gowns at about six months of age to short dresses like this one, easy for him to run in and easy for his mother to access his diaper. Arthur would have still been wearing it at the time his brother Paul was born in November of 1899, and would have graduated to short pants a few months before Paul was ready to begin wearing the dress himself, at about the time May’s third child, John, was born on February 15, 1900. Both Paul and John could have worn the dress by August of that year, but if they did share it, it was not for long. On December 24, 1900, Arthur died, one month shy of four years old. His cause of death is not listed in public records but one week later, on January 1, 1901, baby John died of scarlet fever complicated by pneumonia. The mourning dress May wore after that heartbreaking week was given by her to the collection (see Museum Number 162), along with a box of baby clothes (see Museum Numbers 245 and 650), sometime between 1920 and 1939. There is no way to know if May put this little red dress aside after the deaths of her children or whether Paul continued wearing it. Cornelia (born 1903), Mary (born 1907), and Barbara (born 1910) would not have worn a boy’s dress, though perhaps Philip (born 1905) and Edward (born 1908) did. Lynn, the last of the Kirtland children, was born in 1913, at the point where dresses for toddler boys were becoming a thing of the past.

The dress is made with a deliberate looseness designed to make it wearable for the entire short interval between infant gown and short pants. Its bodice is lined with white cotton and is made with three pieces: one front panel and two back panels, with a center-back closure of seven white glass shank buttons. The side seams are 9.5 cm / 3.75 in. long and the overall bodice length is 17.8 cm / 7 in. The neckline is high and the waistline is straight, both common traits in dresses meant for boys, as is the strong color of the fabric. The sleeves are also lined with white cotton and are slightly full in the arms, narrowing toward the wrist, and are made with two curved seams; the angle at which they emerge from the scye is the main indicator for which side of the dress is the front, as such garments could be made with their closures either in front or in back and there is no other tailoring, shaping, or decoration to indicate how it is intended to be worn. The skirt is made with two rectangular panels, one in front and one in back, joined at the sides with 31.9 cm / 12.5 in. long seams, and is evenly cartridge pleated to the bodice. It has one side pocket on the right side. There is piping at the neck, scyes, and waist, and the skirt is unlined. Homemade. Hand-sewn, with machine-sewn buttonholes.

Gift of May Durham Kirtland. Worn by the donor’s children between 1897 and 1914. She had nine children with her husband, John Copeland Kirtland, professor of Latin at Phillips Exeter Academy from 1897-1939.